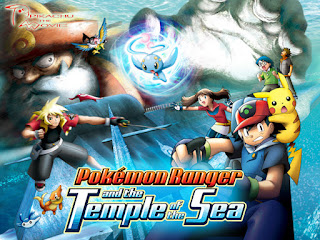 Movie Name: Pokémon Ranger and the Temple of the Sea

Pokemon Movie 9. Pokemon The Movie – Pokémon Ranger and the Temple of the Sea, originally released in Japan as Pocket Monsters Advanced Generation.

The Movie: Pokémon Ranger and the Prince of the Sea: Manaphy, is a 2006 Japanese animated fantasy film, the ninth in the Pokémon series, and the fourth and last to be set in the Advanced Generation series.